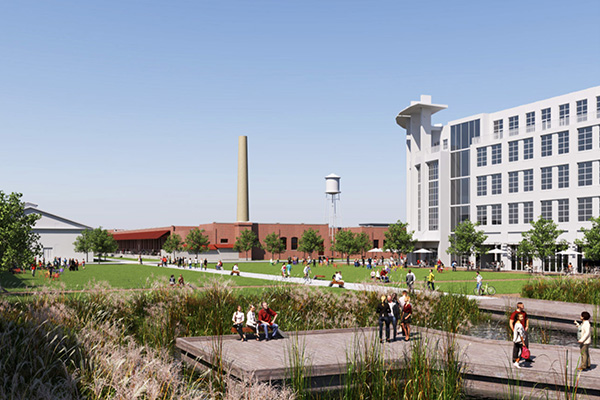 A 19-acre master development project has been announced in the downtown Greenville area as a public-private partnership effort between East Carolina University and master developer Elliott Sidewalk Communities. Intersect East, as it has been named, involves the Historic Warehouse District and includes three historic buildings on ECU’s campus.

The project will be the nation’s first Pacesetter Urban Hub, built upon the three foundational elements of business, downtown culture, and academic research. Data from ECU shows that the campus it’s expected to bring $142 million to the area. The first three buildings, once developed in late 2022, will generate about $500,000 each year in new tax revenue while the total investment will generate more than $3 million in tax revenues.

“Together with ECU and the City, our vision will be a catalyst to let ECU flourish, propel downtown Greenville jobs, and move the east region of North Carolina in economic harmony with growing the central and west portions of the state,” said Tim Elliott, master developer and managing partner of Elliott Sidewalk Communities.

The real estate development company aligns the interest of municipalities and their University neighbors by creating vibrant Main Street environments that integrate campus life with town life. This long-vacant warehouse space will be transformed to a center for innovation, creativity, and research. This will develop a place where business and science will merge while growth-oriented businesses will thrive.

“We’re about to transform and pop about $150 million of investment over the next eight years,” said Elliott. He says economic development groups, including the Greenville – ENC Alliance, will be involved in identifying potential businesses and tenants for this new innovative workspace. Elliott believes that the entire Intersect East project will take about a decade to complete.